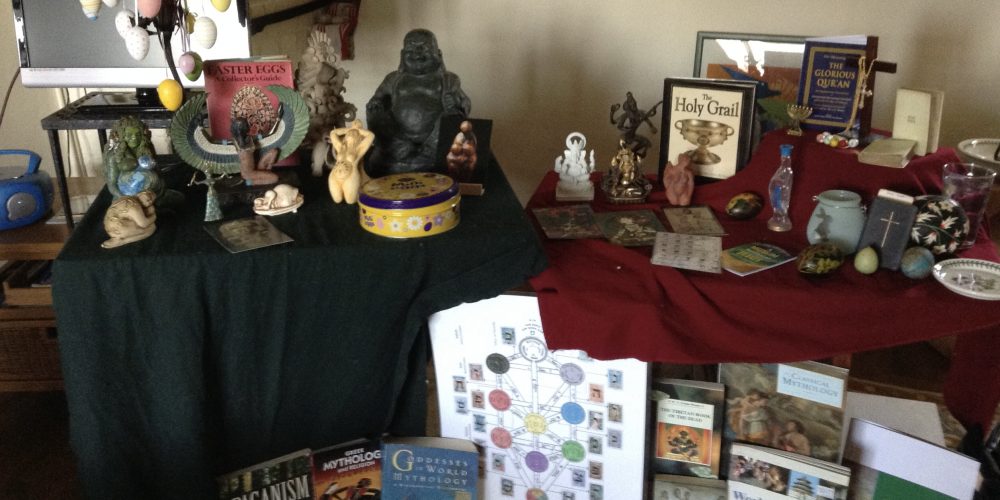 UmLast weekend Georgina from Sunflower Healing held a workshop looking at the “quest for belief.”Last year she and I were talking ..as usual..And it seemed an interesting idea. It seems that the earliest symbol that probably got early man thinking outside the box was the egg. It symbolised new life..was connected with the spring season..and was a source of food.New life become something to celebrate,and death was marked with ritual as well. In fact it would seem that the dead were always treated with ceremony and respect,and there is plenty of evidence for this.
The feminine…the Goddess energy was the most important thing as time went on,and later on the God energy ,the male energy came to the fore with Christianity . Needless to say there was a lot more that was discussed and mulled over….but because the quest for belief started with the humble egg,we ended the day by decorating our own eggs…(but not the real thing) to take home.
If anyone would like to know more…please contact Georgina Sirrett Armstrong Smith at Sunflower Healing. 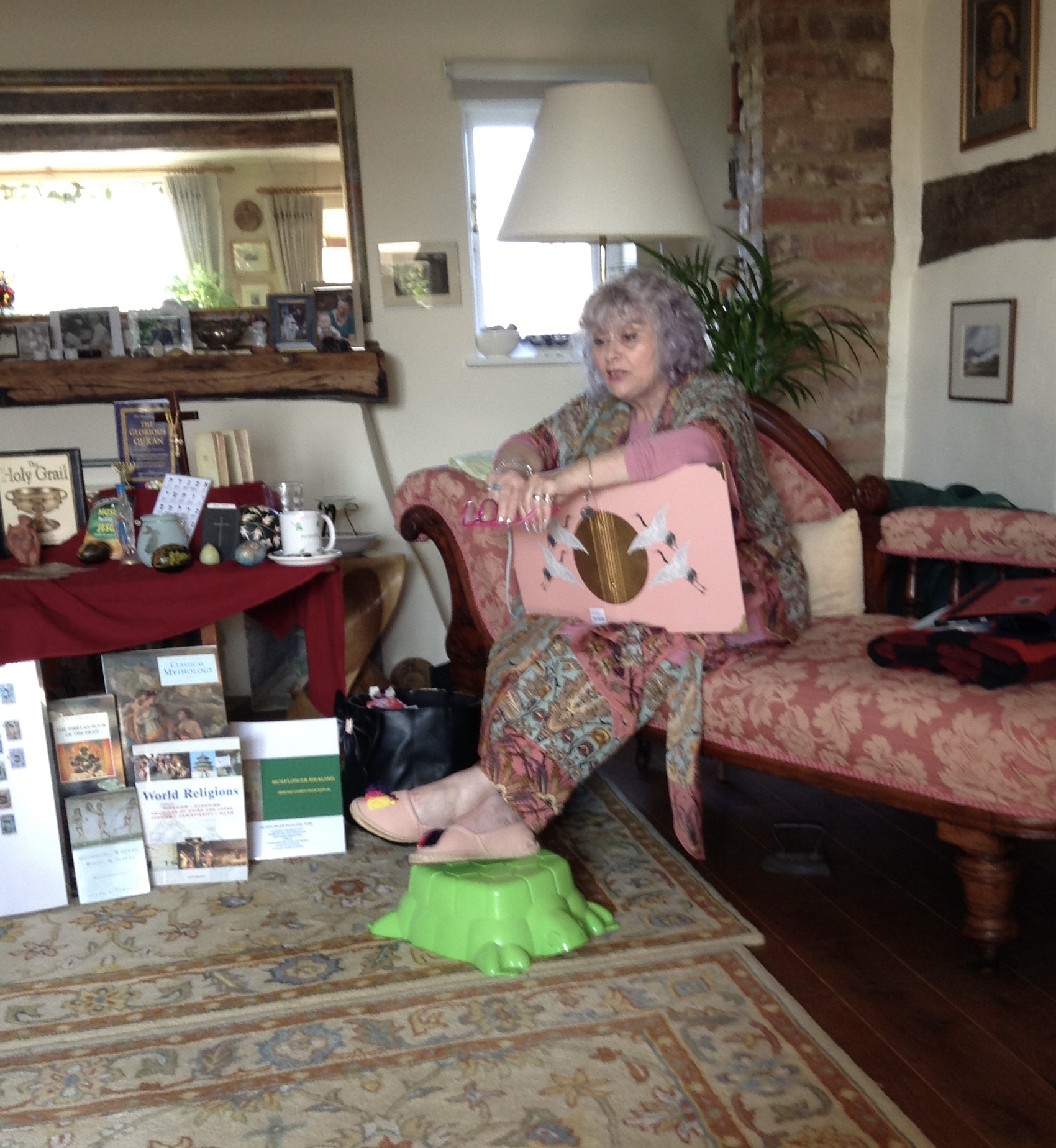 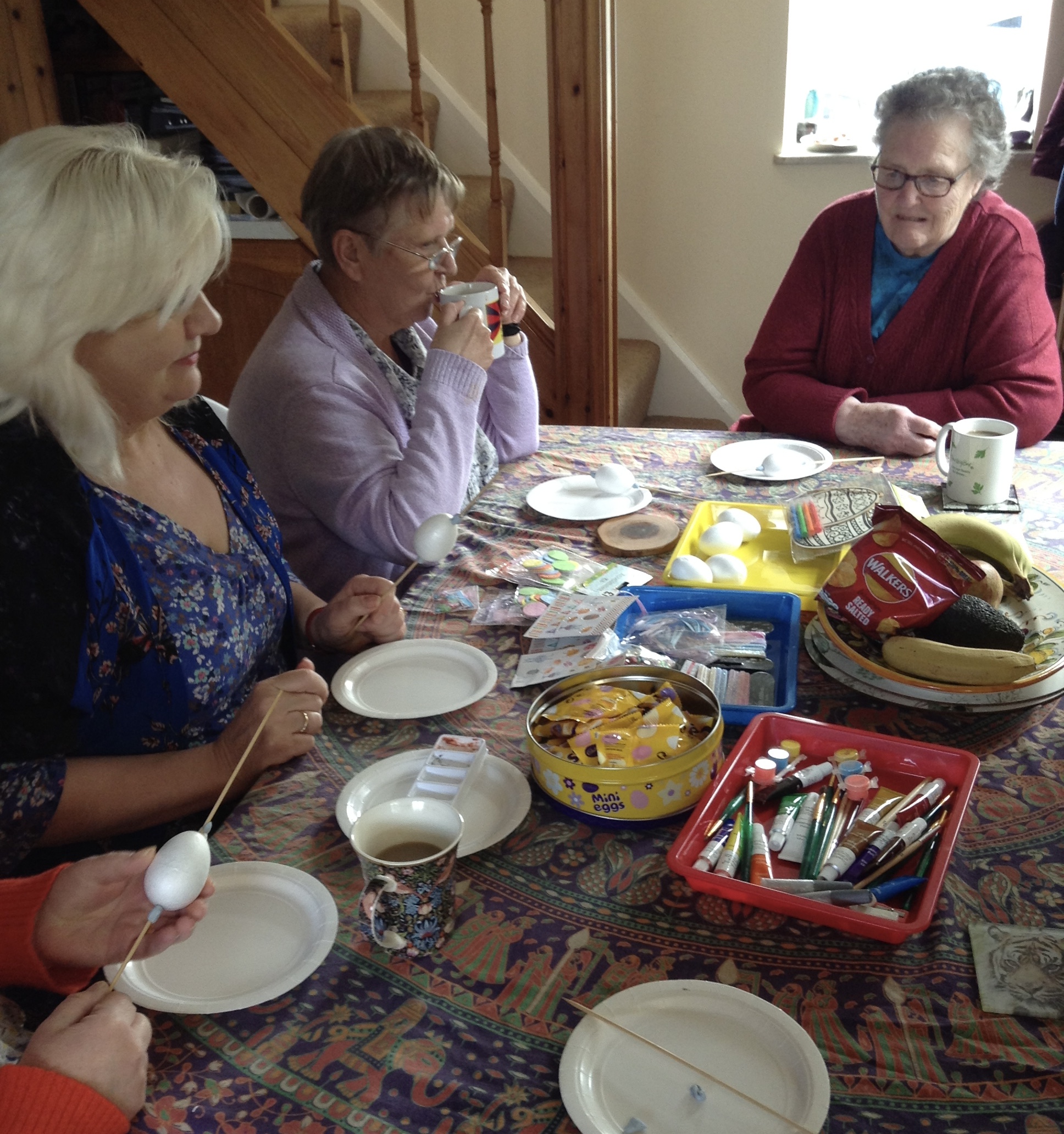